He explains the concepts of story, oral tradition, revelation in history. He then delves, in the next 3 chapters into Origins: Cosmic, human, and national. He utilizes the next three chapters to prepare for his book's core, starting with the relation of king and prophet in Egypt and Mesopotamia, to Hebrew kingship, integration of religion and the common good, and evolution of the prophetic concept of sin and judgment, the eternal dynasty of David, the futuristic concepts of kingdom, its inauguration, the Gospel, eschatology, and salvation.

In the next chapters 12 to 16 he masterfully exposes Hebrew Wisdom, Mystery of inequity, life and death, Jewish prayer: The Psalms, and surveyed the opinions on the holy, and God of the Hebrews, and divine love. Old Testament and Christianity In his final chapter ; 'The Old and New' he reviews the unsettled relation between the OT and Christianity, the unity and continuity of the two Testaments, an accepted Church doctrine, but rather the meaning of this unity.

He concludes commenting; "We have heard, in sadness and bewilderment, many who say that they fear the Old Testament because it raises doubts in their minds. Doubts of what, we wonder? Doubts of God's existence, or His justice, or His mercy, or His love? If one doubts these things, the doubts did not come from reading the Old Testament. Our doubters fear that their faith may become insecure if they permit themselves to consider these matters. McKenzie, considered the foremost biblical scholar in the USA, boldly conceived, and brilliantly synthesized a 'doctrine' of OT writings, a well written interpretation of the Old Testament, and an expert evaluation of the religious values and doctrinal traditions of the Hebrew Holy writ, clearly presented for anyone interested in deciphering the theology while enjoying the spirituality of the OT dispensation.

Written for a reader, "wherever his own religious belief," Jewish and Christian, Catholic or Protestant.

McKenzie believed that all parts of the Old Testament, while varying in depth of insight, must be included in performing the task of theology.

Going into Some Delicate Details

Since the text within its Judaic community had a history of its own, it deserved to be treated as such attitude. MacKenzie also call to considers the text integrally rather than through infinitesimal utterances. We must deal with the apparent repungences and conflicting statements so that we may understand scripture in a holistic context.

When the text is applied for today, the testimony of the whole Bible in the light of the new and eternal covenant needs to be taken into consideration. When this is done, the Bible teaches that capital punishment was sufficient for the old covenant theocracy of the nation of Israel, but it is not applicable for modern governments. 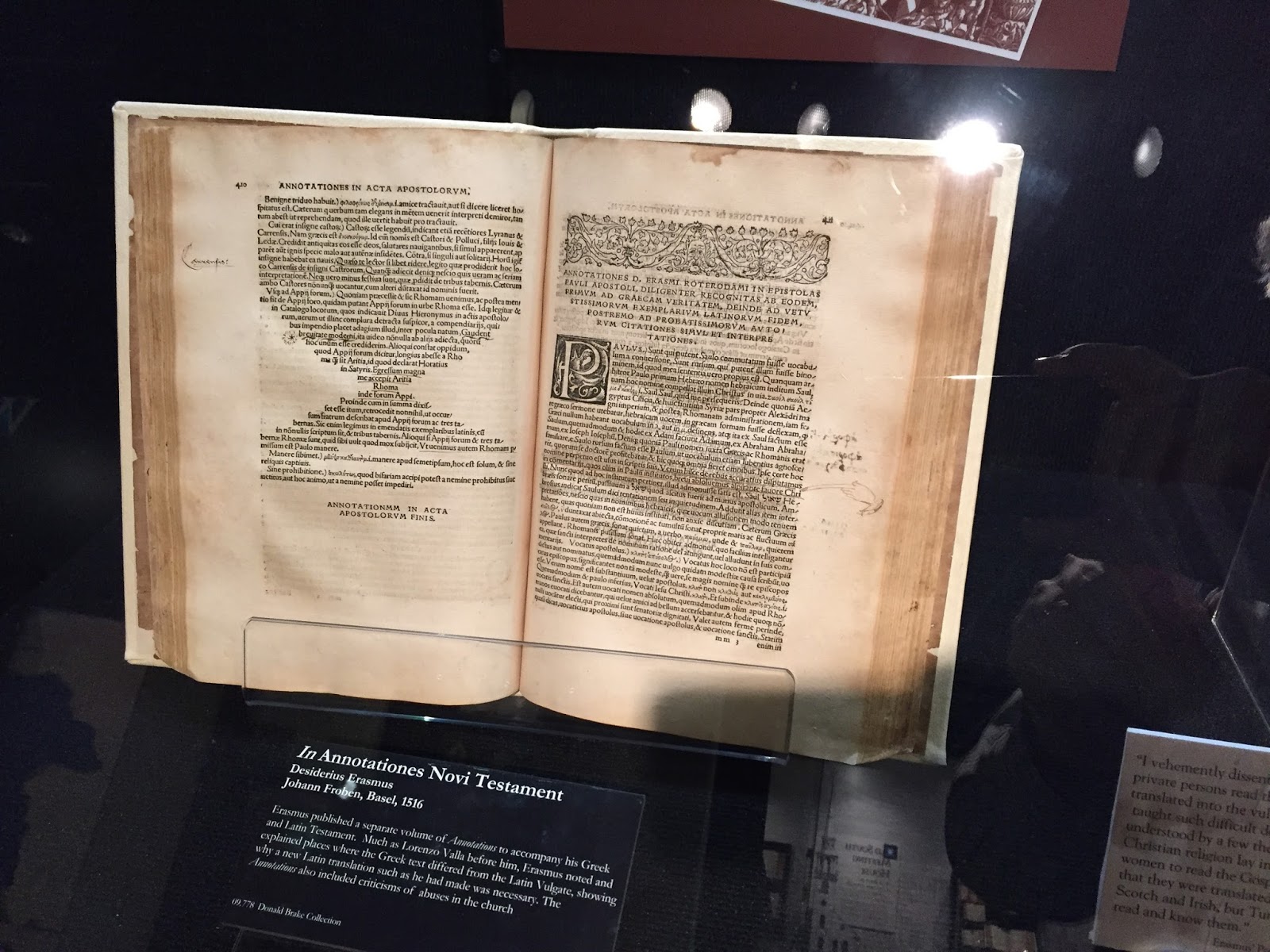 In the next section he presents all the possible solutions dividing them into four groups: 1 based on an emendation of the text; 2 based on semantics, 3 based on its syntax, 4 a diachronic solution. In the conclusion, the author suggests four notions to be applied probably to several instances of crux interpretum of the Bible. The aim of this article is to analyze Ps , one of the most difficult verses in the Bible First, the author analyzes 1 the Hebrew manuscripts and 2 the various ancient versions of this text He then presents 3 the opinions of First, as background, the author synthetically depicts what the psalms say generally regarding the notion of testimony.

The next section presents the current understandings of who or what is a witness in Ps rainbow, sun, moon, throne, God , and proposes a new messianic interpretation. I hope these documents are a help, especially for those who happen to read my thesis :. In the end, a decision is made as to whether or not to retrovert, and if retroverting which option is most likely what the the translators saw or thought they saw. This document is part of the research that went into the Hebrew retroversion of the LXX Twelve Prophets, which I developed as a stepping-stone to analyzing the coherence of the LXX arrangement of the books of the Twelve.

Textual Criticism of the New Testament - Part 2: Basics of Transmission

Textual Criticism. The New Testament has been preserved in more than 5, Greek manuscripts, 10, Latin manuscripts and 9, manuscripts in various other ancient languages including Syriac , Slavic , Ethiopic and Armenian. There are approximately , textual variants among the manuscripts, most of them being the changes of word order and other comparative trivialities. The sheer number of witnesses presents unique difficulties, chiefly in that it makes stemmatics in many cases impossible, because many copyists used two or more different manuscripts as sources.

Consequently, New Testament textual critics have adopted eclecticism after sorting the witnesses into three major groups, called text types also styled hyphenated: text-types. The most common division today is as follows:. The New Testament portion of the English translation known as the King James Version was based on the Textus Receptus , a Greek text prepared by Erasmus based on a few late medieval Greek manuscripts of the Byzantine text-type 1 , 1 rK , 2 e , 2 ap , 4 , 7 , Among the other types, the Alexandrian text-type is viewed by some as more pure than the Western and Byzantine text-types, however, this view is held by the minority of scholars, and so one of the central tenets in the current practice of New Testament textual criticism is that one should follow the readings of the Alexandrian texts unless those of the other types are clearly superior.

Hodges and Arthur L. Farstad argues that the Byzantine text-type represents an earlier text-type than the surviving Alexandrian texts. This position is also held by Maurice A. Robinson and William G. The argument states that the far greater number of surviving late Byzantine manuscripts implies an equivalent preponderance of Byzantine texts amongst lost earlier manuscripts. Hence, a critical reconstruction of the predominant text of the Byzantine tradition would have a superior claim to being closest to the autographs.

Another position is that of the Neo-Byzantine School. The early 21st century saw the rise of the first textual analyst of this school in over three centuries with Gavin McGrath b. When this occurs, he adopts either a minority Byzantine reading, a reading from the ancient Vulgate , or a reading attested to in the writings of an ancient Church Father in either Greek or Latin by way of quotation.

The Neo-Byzantine School considers that the doctrine of the Divine Preservation of Scripture means that God preserved the Byzantine Greek manuscripts, Latin manuscripts, and Greek and Latin church writers' citations of Scripture over time and through time. These are regarded as "a closed class of sources" i. Textual criticism is also used by those who assert that the New Testament was written in Aramaic see Aramaic primacy. In attempting to determine the original text of the New Testament books, some modern textual critics have identified sections as interpolations.

In modern translations of the Bible such as the New International Version , the results of textual criticism have led to certain verses, words and phrases being left out or marked as not original. Previously, translations of the New Testament such as the King James Version had mostly been based on Erasmus 's redaction of the New Testament in Greek, the Textus Receptus from the 16th century based on later manuscripts.

According to Bart D. Ehrman , "These scribal additions are often found in late medieval manuscripts of the New Testament, but not in the manuscripts of the earlier centuries," he adds. And because the King James Bible is based on later manuscripts, such verses "became part of the Bible tradition in English-speaking lands. Most modern Bibles have footnotes to indicate passages that have disputed source documents. Bible Commentaries also discuss these, sometimes in great detail. These possible later additions include the following: [9] [10].

Opinions are divided on whether Jesus is referred to as "unique [or only-begotten: Gk. A few manuscripts place these verses after 40 [12]. Various groups of highly conservative Christians believe that when Ps. Such people include Gail Riplinger , Peter Ruckman , and others.

On the other hand, Reformation biblical scholars such as Martin Luther saw the academic analysis of biblical texts and their provenance as entirely in line with orthodox Christian faith. From Wikipedia, the free encyclopedia.