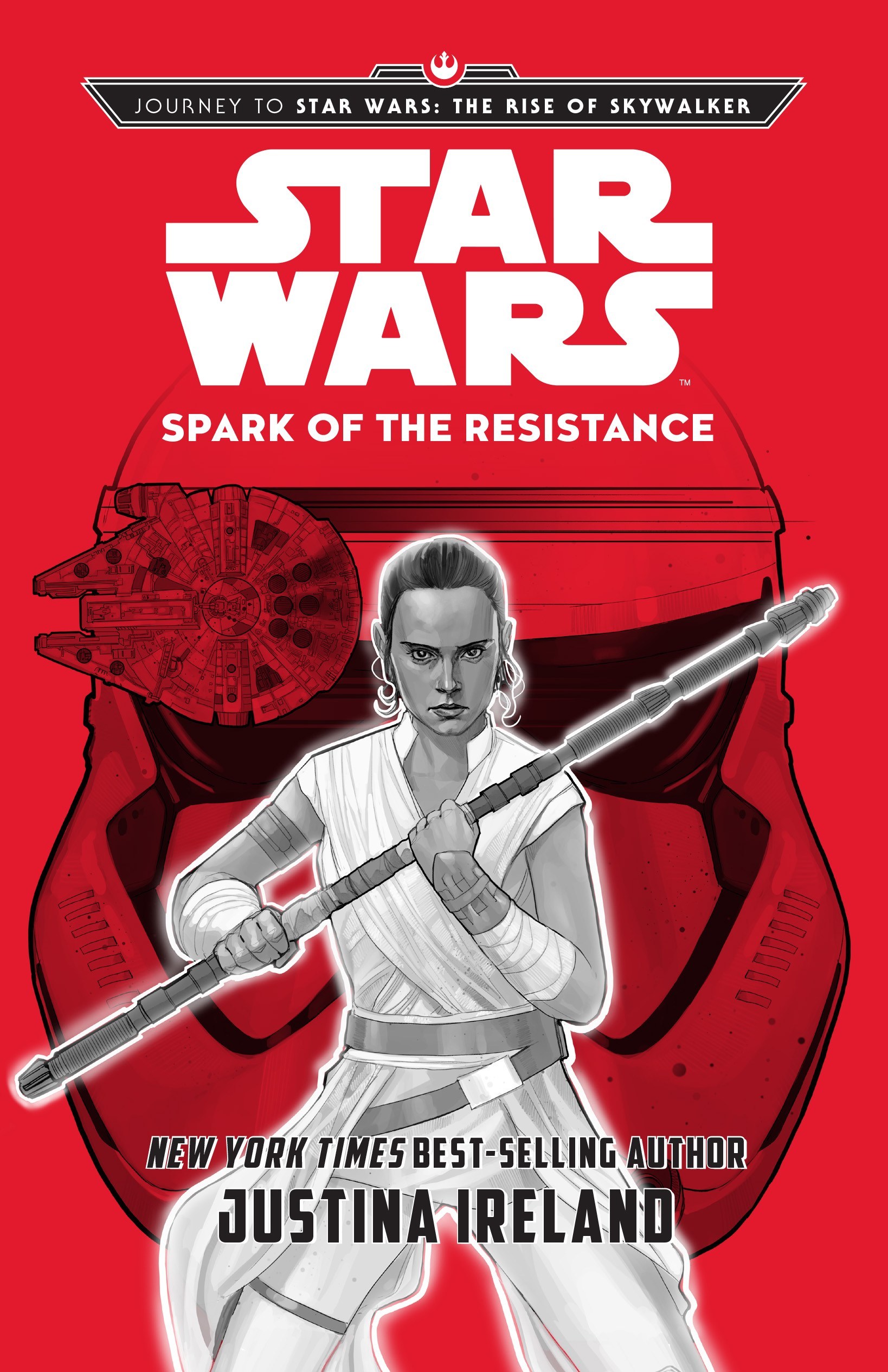 We had ideation sessions in the dormitory. But in , we had our first Hackathon at Microsoft. And, I thought again about that old idea.

The first prototypes were just rudimentary. They did facial recognition and a few other things. The technologies and the algorithms through deep learning got better and better. It came together around that time with cloud computing. Eventually, we got to the point where a computer could at least attempt to describe what is going on in a photo. That was the real breakthrough. Things are still progressing.

Blind test comparison on the wake behind a yawed wind turbine

But we are getting closer. If we look at the technology around us, so much of it has come from — and has been inspired by — people with disabilities. The telephone, talking computers, text-to-speech, speech recognition, flatbed scanners, and even touchscreens are all technologies which got their start because someone had a problem and someone took the time to find a solution.


The touchscreen was originally created by somebody who had repetitive strain injury and wanted a less painful way to type. These are things that were created for disabled people first. This idea really excites me: We can think of disability as a driver of innovation. I imagine this as being like a friend sitting on my shoulder, looking at the world around me and whispering in my ear.

These agents are going to learn what is important to you.

They will know what to tell you, and when to tell you in ways that are appropriate. I feel like that is where we are going — little agents that sense the world around you. We are going to have a world in which sensors and edge computing will power technology that will really understand the world around us. A resolution adopted by the AAWB at its convention charged that the bill "embodies a completely unsound and retrogressive concept of the responsibilities and privileges of blind persons as citizens.

Baring, were the subject of extensive hearings conducted by the Subcommittee on Special Education of the House Committee on Education and Labor in March The hearings also took testimony on several collateral bills calling for the appointment of a Presidential study commission to examine the nation's services for blind persons. About half of the 50 witnesses who testified over a five-day period were NFB representatives urging adoption of the "right to organize" measure, while most of the remaining witnesses, representing the major organizations in work for the blind, testified in opposition to the Kennedy-Baring bill and in favor of a Presidential study commission.

A solo position was taken by one witness, Dr. Merle E. Frampton, whose testimony skirted the "right to organize" issue and centered on opposition to the study bills. That Frampton had a hidden agenda in so doing became clear two months later when the House subcommittee decided that instead of recommending any of the bills discussed at the hearings, it would set up its own staff study with Frampton as director. Virtually the sole accomplishment of this two-year exercise was to deflect the naming of a Presidential body and arrest the momentum of the "right to organize" bill.

The latter could easily have been reintroduced by the NFB, were it not for an internal upheaval which saw the resignation of its founder and president, Jacobus ten Broek, and the split-off of some of its member groups into the separate American Council of the Blind.

By the time the intramural squabbles had been settled and ten Broek resumed the NFB presidency after a five-year hiatus, his organization was zeroing in on new targets. A brilliant legal scholar, impressive in appearance and commanding in manner, Jacobus ten Broek was graduated from the California School for the Blind and went on to secure a law doctorate, a graduate degree in political science, and a post as instructor at the University of California.

He gained stature in California welfare circles through his appointment, in , to that state's Social Welfare Board and his ascent to its chairmanship ten years later. He was an authority on constitutional law as well as on welfare legislation, and a prolific writer on these subjects. Ten Broek first tasted the satisfactions of group action when he participated in the formation of the California Council of the Blind in the mid-Thirties.

In the council joined with six other state organizations of blind people to form the National Federation of the Blind as a protest against what ten Broek called "the oppression of the social worker and the arrogance of the governmental administrator. The NFB grew rapidly; by it could claim affiliates in 47 states and attract delegates to its 20th anniversary convention. Ten Broek's initial goals were not in conflict with those of others in leadership positions.

In he said that all he asked was that qualified blind people "be given an equal chance with the sighted. Working with other groups, they played helpful roles in the struggle to force civil service commissions to end discrimination against employment of physically handicapped persons, in the campaign to open more vending stand opportunities for the blind in public buildings, and in the drive to gain more equitable treatment for blind persons in state vocational rehabilitation programs.

The real rift between the Federation and its erstwhile partners began in , when the AAWB adopted its Code of Ethics and labeled as unacceptable the practice of raising funds through the mailing of unordered merchandise. This hit NFB squarely in the pocketbook, since its principal means of support came through the mailing of remit-or-return boxes of greeting cards. The complaint was dropped when the NFB agreed to amend its future literature to specify the exact amount accrued from each sale.

This incident, and the fact that it was fully reported in both the nation's press and in the major communication channels of work for the blind, gave the Federation the sense of being embattled; its list of "enemies" grew to embrace virtually the entire field of work for the blind.

Such extremism gave way, in turn, to insurrection among some of its state affiliates; NFB conventions in the late Fifties and early Sixties saw bitter floor fights on motions to censure, suspend, or expel state chapters that objected to the autocratic structure which centered all organizational and fiscal power in the person of President ten Broek.

A report in the September issue of the New Outlook, describing the heated atmosphere of that year's NFB convention in Boston, drew a furious attack against the Foundation for publishing it and the Foundation promptly rose to the top of NFB's enemy list. However, the factional rivalry disclosed in the report was real enough.

Can I Be Colour Blind and Be a Pilot?

It came to a head in when ten Broek resigned as NFB president, blaming "internal strife and chaos. He was succeeded by Kenneth Jernigan, a graduate of and former teacher at the Tennessee School for the Blind, who had moved ahead professionally to become director of the Iowa State Commission for the Blind. Against the latter it employed many of the same tactics used by other "rights" groups during the Sixties—mass picketing staged for maximum media coverage, along with a mail campaign addressed to senators and congressmen demanding that the federal funds which helped support NAC's budget be withheld because the council had inadequate consumer representation.

This was accompanied by an unremitting barrage in NFB's house organ, the Braille Monitor, demanding that half of the accreditation council's board of directors be appointed by, and subject to the control of, the Federation. None of these devices had achieved their aim as of the end of Paradoxically, at the same time as this warfare was being waged against the youngest and presumably the most vulnerable national body in work for the blind, NFB's Washington office continued for the most part to work in harmony with the established agencies on legislation affecting blind persons.

In an informal group, consisting of the heads of the seven major organizations for and of the blind, began a series of semi-annual meetings to seek common ground in policy matters. Robrahn of Topeka, Kansas. The ACB had 34 affiliates in Like the NFB, it had a blind lawyer as its Washington representative. Durward K.

Renew - Leader Dogs for the Blind

Nagle and Irvin Schloss, the Foundation's Washington man; the trio constituted the principal spokesmen for blind persons in the nation's capital. The future course of these organizations of blind persons is difficult to predict. If they follow the developmental sequence of other dissident groups which emerged in the Sixties, they may sooner or later conclude that the surer, if slower, road to reform lies in working within the system rather than through attempts to tear it down, and in joining forces with the sighted community rather than marching under separatist banners.

For their part, most agencies for the blind have been slow to recognize legitimate demands for consumer representation in their policy-making bodies, but this, too, may well see change in the years ahead as collateral community organizations give way to pressures for a broader base. A true and equal partnership between blind and sighted persons in work for the blind remains a milestone yet to be reached.

The merest beginning has been made in affording orientation and mobility training to all who can benefit by it. There is an ever more pressing need to redefine the role of the workshop as a therapeutic agency or as a place of terminal employment for those unable to function in competitive jobs. There is an equally urgent need for vigorous action to end exploitative workshop practices where they exist. The impasse on vending stands in federal and state buildings must somehow be broken, and new opportunities actively pursued in factories and commercial buildings.

Psychological tests truly applicable to the rehabilitation needs of blind people must be devised, and a more effective counseling role found for the psychologist. Agencies for the blind must be helped to end their isolation, build two-way working relationships with other community service organizations, and expedite the integration of blind persons into programs serving the sighted.

Similarly, there needs to be a much greater degree of interdisciplinary exchange and cooperation, so that staff members who provide social, educational, recreational, and health services in these general agencies are better geared to work comfortably and constructively with blind persons. The technologically sophisticated sensory aids already available must be made more accessible, and there must be encouragement for continuing research on simpler, better, and lower-priced devices to mitigate the handicaps of blindness.

The protagonist stumbles onto it, and the backstory is great. Big major problem is that this is probably only novella length, which is personally very annoying, and in order to make it great, probably 3 or 4 of the novellas in the continuing series need to be combined into one book each, and could make a great sequel or trilogy, depending on how far the author intends to take the series. I sat for the last two days and read the remaining consecutive books in this outstanding series. 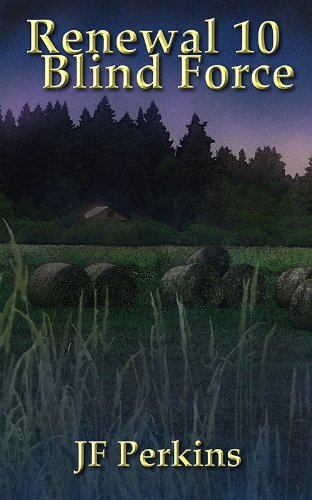 LOVED the series, but hate the novellas. They need to be combined into one fantastic book. Jun 21, Julie rated it it was amazing. This gives you the perspective from the boy who has never known it different and the eleven year old boy who left his Xbox at home for a short vacation to find out he would never see it again. I gave all 10 books five stars with the exception of 9. For some reason the author chose to remind us of previous events, which I can understand for those readers who were waiting between publications.

But made it irritating for me who got to read all ten straight through. Apr 24, Katherine rated it really liked it. Great series! I finally finished this series and it was fantastic!