Guide The Devil You Know (Start With A Smile Book 5)

So, we do this and it works, everybody's happy for 30 days and the next month comes along and then what? So what? We did a temporary stopgap. Big deal! Just because you can do that doesn't mean you should. I always needed a good reason for that.

Rob Liefeld and Jim Lee and some of the other partners were doing other things with other companies because they could. What [are] the long-term ramifications here? Not in terms of cash, but the long-term legacy that this is going to leave here. I couldn't figure it out. Joe's perspective, which is equally valid, is that maybe the comic book business needs to come out with a couple of these things. Maybe just doing one after another… Maybe looking at each one individually, they don't mean anything, but you run them all together and there's some momentum there.

I think people think I sit and do nothing. I'm creative in some fashion every day of my life. It's not just pencils and inks and comic books. TM: In the immediate future, no. But could I see myself having scratched all my itches, gotten a little older and go back to leading a simple life, don't want to run companies? It'd be nice to sit behind the desk, isolated and start doing drawings again?

Read an Excerpt of M. C. Atwood's The Devils You Know by Soho Press - Issuu

Yeah, that'd be cool. But not in the next couple of years. I'm more concerned about getting my ideas to wider audiences… The problem - if you want to call it that -- of being successful in that task, is that you get money. If you get money, then people will think that you're just in it for the money. One creator the other day made mention of that. Everything was a means to an end to become a millionaire. I had no control over how many consumers would buy it.

I was thinking what would be cool to draw [since] I've got to be there over a board 12 hours a day to get this stuff done. I had to entertain myself. I've been fortunate that the things that entertain me have entertained a wide range of people over the years, too. I don't think I'm doing anything that's radically different. I'm doing a lot of stuff that the average guy goes, "Why don't you do this? I think it's the reason the toys have been successful, too. I want more detail in it and I do it. People buy it and they want the same thing I do.

The Devil You Know

Again, people want you to be apologetic and ashamed for coming up with ideas that people want to see. I'm not a saint by any fashion; I actually cash those checks.

I would have drawn Spider-Man the same way if I would have know that it sold a half or a third of what it did. MDT: I've wondered about the ownership of Image at this point. Are you still a part owner? TM: Yeah, there [are] four of us. In the beginning, there was Jim Lee and Rob Liefeld.

Whilce [Portacio] was in there at the very beginning, but was never a financial partner in that he never put any true money into the business. When you get right down to it, Image doesn't own anything. It doesn't own any trademarks or copyrights. Brian Michael Bendis owns Powers lock, stock and barrel. We just happen to publish it. Image Comics owns the logo, owns the goodwill of the company, six desks and six computers.

MDT: What kind of responsibilities do you have at Image? Weekly meeting?

THE DEVIL YOU KNOW (Series Trailer)

Monthly report? Larry now works for me and he's in contact with Jim.

The Devil You Know

If there's something big and important, we'll get on the phone. If it's more important than that, we'll actually get together. I have a "Image" meeting coming up here in two weeks. We all get to go to California, get together, look each other in the eye, have a few jokes and talk business. Move on. Set some policies. We have to set up a few guidelines to know what we're offering as a company. 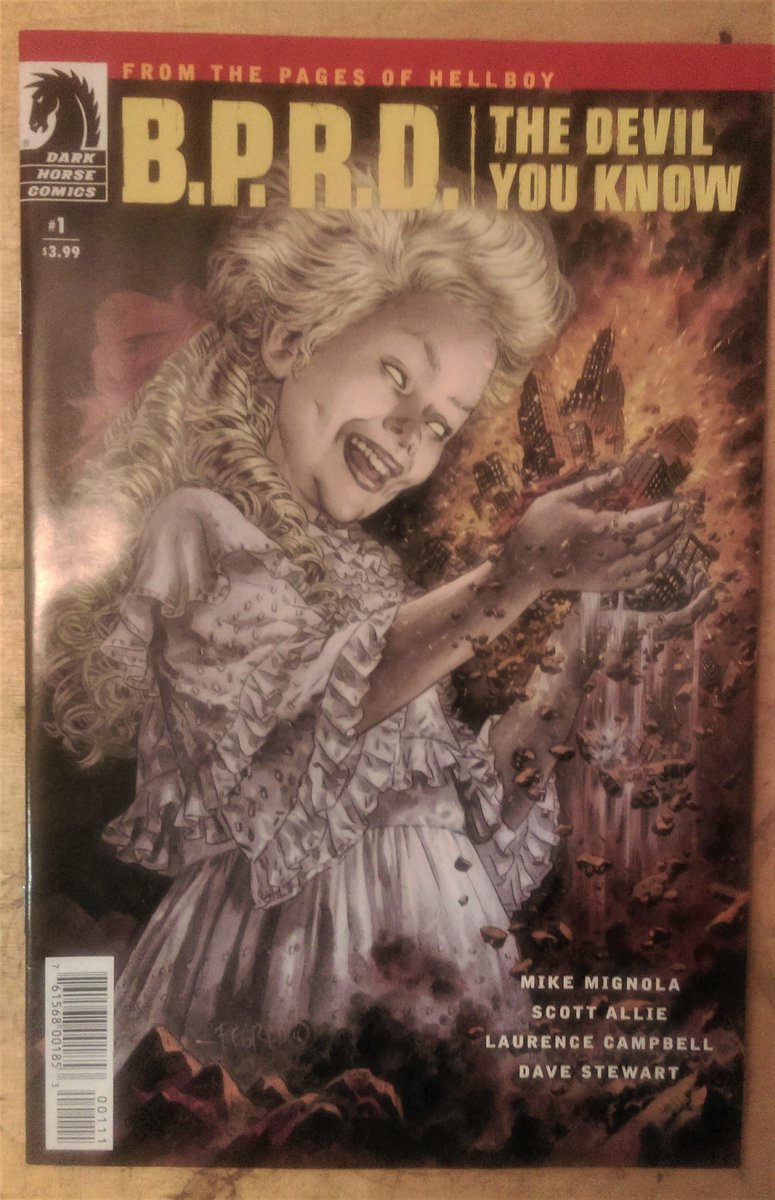 MDT: At first, the company was lambasted for meeting the standard of its own title in that the books were mostly Image and little substance. Do you think the company has come beyond that? TM: I think if you look at the books we've published over the years, we've had some real gems and some real stinkers.

Better the Devil You Know

Again, you had seven guys leaving for seven completely different reasons. People still get confused about that. The thing we set out to do at Image was to create a haven for people to publish their own books and to keep intact as much as possible creator rights. We do it. We're not going to fund it. But save some money and get ready to do two to three issues in advance and move in with Mom and Dad.


You sell one copy, well, you're going to owe us some money. Again, we don't benefit from the success or lack of it. Our policies are so creator-friendly that they're almost stifling to the creator cause they actually want us to do more for them. We give you a place that will solicit and get bulk printing and bulk shipping and do all the counting for you. We'll give you a check after we take a nominal fee each month for doing that exercise and renting the eye logo at the corner of the comic book each month. People keep confusing apples and oranges.